How to Run an Internal Promotion Process 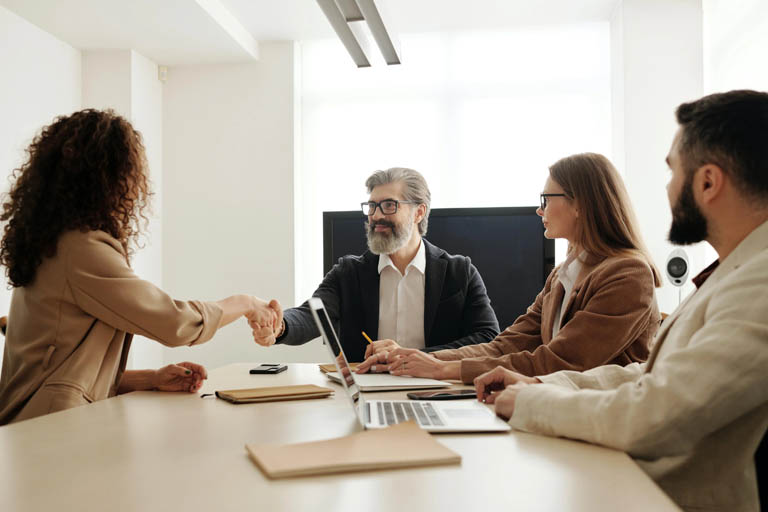 A poorly handled promotion process can have unexpected consequences, like your top performers leaving. Trust me, I learned this lesson the hard way. Even if you and your company have the best intentions, without careful planning and communication, you can still screw things up.

People take the results of an interview personally. As the leader of your department, it’s your job to communicate the potential outcomes of the hiring process–and next steps from there. Here’s how to handle your internal promotion process so you can retain top talent when filling open roles.

As a leader in your business, you’re the shepherd for your internal candidates. Your job is to make the process clear and ensure that everyone feels involved. Err on the side of being absurdly transparent throughout the entire process and treat each candidate with respect and dignity.

Every time you interview internal candidates, follow these steps:

Preparing your internal candidates ahead of time

Have a level-setting conversation with internal candidates before the interview. When you have three employees all vying and interviewing for a manager role, two of them won’t get the job. As a manager, help them emotionally prepare for all outcomes.

Assure them that they still have a place at your company and a chance for a promotion in the future. More roles will open up over time and, in the grand scheme of things, it doesn’t matter whether they move up today or next quarter. It’s not a ding to their career process. By preparing them, you can increase your chance at retaining them as reliable performers and stop them from leaving the company.

Be clear on compensation

In sales, managers usually make less money than high-performing reps. Communicate that being a manager is a stepping stone in building their career and necessary to develop their skills as an operator. Once they move on to become a Director or VP, they’ll make a lot more money than they did as an IC.

Be transparent and share the compensation band ahead of any scheduled interviews. This can clarify what a step up can mean for your top-performing ICs and their paycheck. They may not be interested in going through the process anymore, saving everyone time and energy.

Have a good reason to hire externally. External candidates seem to have this aura of being a hero that can come in and change everything and it's so great. But that’s only wishful thinking. You won’t always have those results. Don’t underestimate your internal candidates, they’re more capable than you realize and already deeply understand your business.

In the case where you have both internal and external candidates for a role, aggressively over-communicate with the internal people throughout the process. Explain that you’re advocating for them to be included in the interview process and tell them exactly when you’ll have updated information for them.

There’s a 100% chance that, if you leave an internal candidate in the dark about the process, they’ll be very upset by it. You’re leaving them to worry, thinking that “you know me. Why won’t you share the truth with me?” Avoid this by consistently over-communicating.

Apply the same expectations to both internal and external candidates. For some reason, companies set up additional hurdles for their internal people. This conveys the message that you’re doing them a favor by allowing them to interview, but have your sights set on other options. If your internal candidates find out that the external new hire had to work less hard to get the job, they’ll understandably be upset.

Internal candidates need to be interviewed towards the end of your process, not the beginning. You might think that you’re simply getting the internal steps out of the way early, but it’s nerve-racking to be in a months-long hiring process.

It’s also really depressing to interview for a promotion and then find out you’re in a holding pattern while the business interviews a lot more people. This is a company-ending moment for many people. Don’t send the message that you’re trying to find a better option externally.

Managing your rep’s move to another team

When one of your reps wants to interview for an open role in another department, be proactive and connect with the hiring manager ahead of time to build a charter together and agree on SLAs to abide by. You don’t want to lose a good rep because they had a negative hiring experience with another team.

Let’s say that your sales rep wants to interview for a marketing role. As their manager, you need to be the guardian of their experience. I’ve personally screwed up in the past by trusting my hiring colleagues to treat everyone with dignity in the interview process. I’ve lost three reps who wanted to move teams but ended up leaving the company after poor treatment.

I know now that I need to talk to the other VP about the details of the interview process, the timing of the decision, and how they intend to communicate to my rep throughout the process. It might seem like a “feel good” company moment when you allow anyone internally to apply to a position, but if you don’t intend to hire them, you’re doing more harm than good.

Once someone is selected, you need to level set with the other candidates. In fact, the person who gets the job is the least important person at this stage. The other candidates spent a lot of time and energy trying to secure this job, so take time to communicate why they weren't chosen.

Give them all of the evidence in a document that’s no less than 5 pages long, with 4 or 5 themes and specific feedback about how to fix their problems. The next time a role opens up, they’ll feel prepared and have a higher chance of getting the job.

If you want to keep your employees, this is critically important. Make it a commitment on your part. You’re delivering a gift to your reps by taking the time to write actionable feedback. Candidates should leave the interview process wearing a badge of honor, knowing that next time they’ll be more ready.

Some feedback is hard to hear, especially for reps with great metrics. A rep may be a great seller and hit 180% of quota, but lost the promotion to another rep who only hit 105% of quota. Remind them that high performance only earns them a chance at the job, it doesn’t buy them the role.

Here are examples of feedback you can include in your 5 pager:

Include your senior leadership in the process as well. Once someone is selected, have the CEO and CFO send a congratulatory email. They should also reach out to the internal candidates that didn’t get the role and encourage them to improve and try again. This will show that your company is still invested in their long-term success.

Manage the process, you keep your top performers

Managing the interview process for your sales reps, especially when they’re looking at a role in a different department, can be a lot of work–and may not benefit you directly. But if you don’t commit to a positive interview experience for internal candidates, you risk losing top performers who feel snubbed by the company, and maybe even you.

Want to learn how to give actionable feedback to your reps? Check out our guide on how to build a culture of feedback at your company. 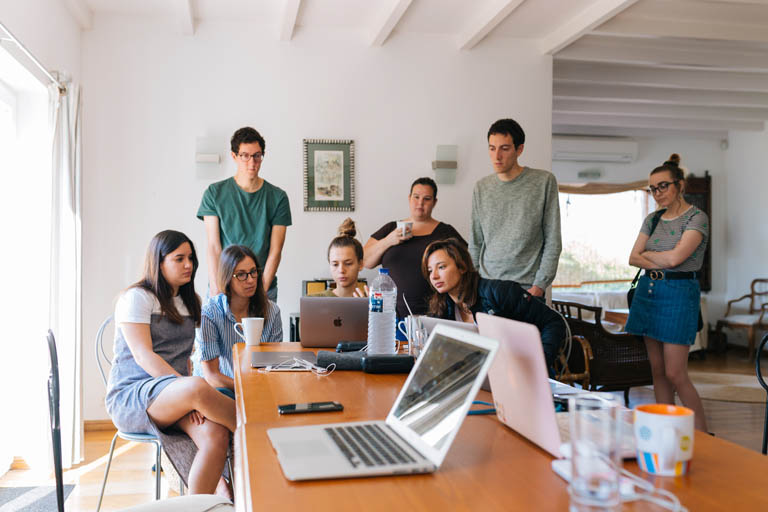 How to ensure that your team is aligned working on the organization's cross-functional goals & initiatives. 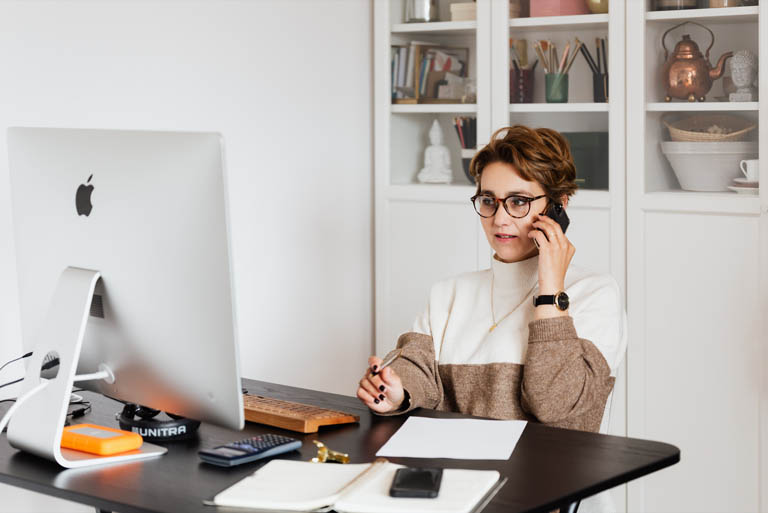 How to Transition into a Team Lead Role

Moving into a team lead role? This guide will help you focus on what's most important as you make the transition. 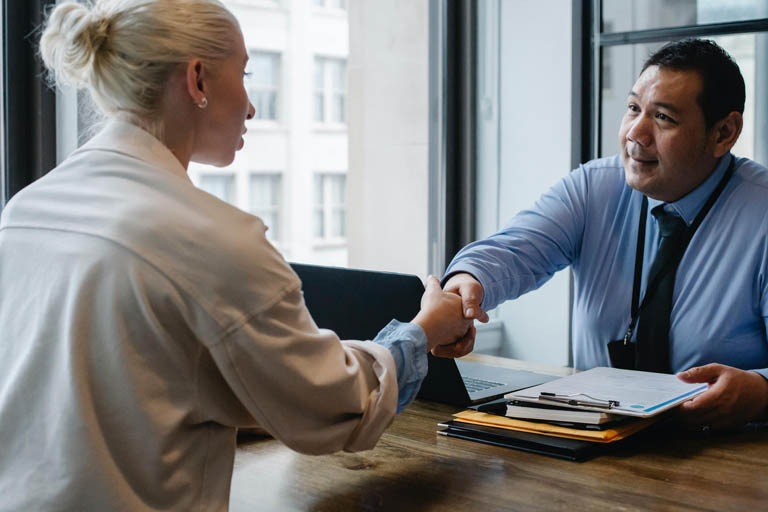 How to build an Ideal Candidate Profile to ensure that your hiring process is as streamlined as possible.